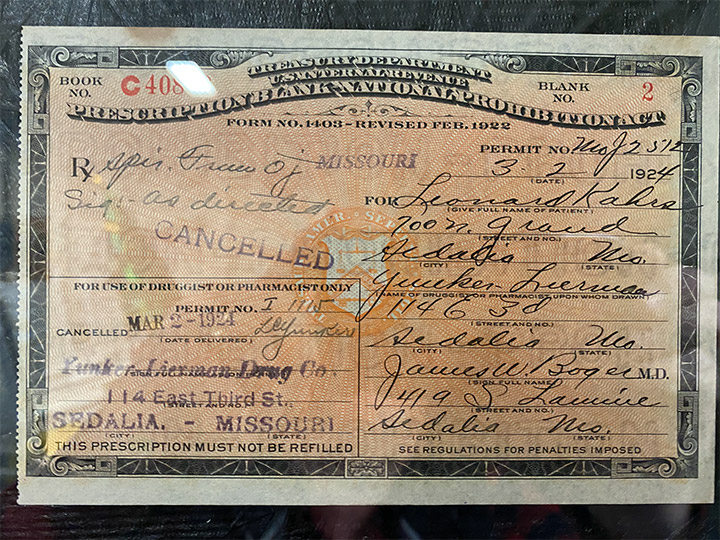 The ancestry of whiskey distilleries survived the period of prohibition, 1920 through 1933, by having their products sold legally as a medicinal tonic. Doctors would have to write a prescription, charging $3 for a person to get a pint of tonic. Then, pharmacies filled the prescription for $4. Adjusted for inflation, today’s cost would run about $95 for each pint. During prohibition, the law allowed each individual a maximum of 3 pints per month. It has been estimated that an average of over 11 million prescriptions were sold yearly during prohibition